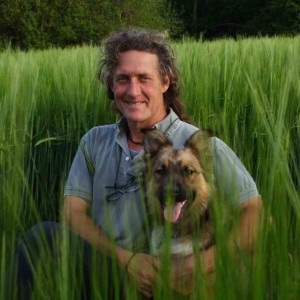 “At the beginning of all things when life was new, the Snow sought to borrow a colour. The flowers were much admired by all the elements but they guarded their colour’s jealousy and when the Snow pleaded with them, they turned their backs in contempt for they believed the Snow cold and unpleasant. The tiny humble snowdrops took pity on the Snow for none of the other flowers had shown it any kindness and so they came forth and offered up to the Snow their colour.

The Snow gratefully accepted and became white forevermore, just like the Snowdrops. In its gratitude, the Snow permitted the little pearly flowers the protection to appear in winter, to be impervious to the ice and bitter chill. From then on, the Snow and the Snowdrops coexisted side by side as friends.”

This wonderful folklore tale is recited beautifully with more fascinating insights at
http://www.creativecountryside.com/blog/the-folklore-of-snowdrops

We are not the only ones drawn to the beautiful snowdrops hiding in the hedgerow. This hoverfly seeks much-needed nectar and pollen in the cold winter months as do many early insects. Hibernating insects such as bumblebees and butterflies emerge as soon as the weather warms desperate to feed

After the recent report on the frighting forecast of the demise of the worlds insect numbers, and the devastating repercussion this will have on the planet’s ecosystems, we owe to our selves to learn more about how we can help our insect friends to recovery.

Basic practice
I believe one of our worst hindrances to better practice is our mental need to apply the neet and tidy approach to our outside spaces, in my work I am consistently asked to Manicure the lawns and borders, tidy and burn leaf piles, remove cut branches, and generally produce a sterile living room like environment outside. Let’s learn to look at the beauty of Wildflower meadow and ordered debris pile as something to cherish. If you are looking for a bird in late winter notice how the congregate around the leaf litter and the long grass, diving into the cover of your log and branch pile, feeding on the endless supply of insects to be found there, while if you lucky a hedgehog sleeps the winter.

As for the insects, none of the above including us will live to enjoy the future without them.
Please watch this Youtube Vidio.

The global review, published in the journal Biological Conservation last week, stated that the world was witnessing the “largest extinction event on Earth” for millions of years, in the face of habitat loss, pesticides, disease and invasive species and climate change.

The world’s insects are hurtling down the path to extinction, threatening a “catastrophic collapse of nature’s ecosystems”, according to the first global scientific review.

More than 40% of insect species are declining, and a third are endangered, the analysis found. The rate of extinction is eight times faster than that of mammals, birds and reptiles. The total mass of insects is falling by a precipitous 2.5% a year, according to the best data available, suggesting they could vanish within a century.

The planet is at the start of a sixth mass extinction in its history, with huge losses already reported in larger animals that are easier to study. But insects are by far the most varied and abundant animals, outweighing humanity by 17 times. They are “essential” for the proper functioning of all ecosystems, the researchers say, as food for other creatures, pollinators and recyclers of nutrients.
“Unless we change our ways of producing food, insects as a whole will go down the path of extinction in a few decades,” they write. “The repercussions this will have for the planet’s ecosystems are catastrophic to say the least.”

Much more advice and information can be found at 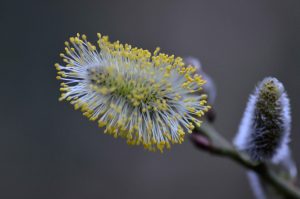 I Still Believe In Magic

Glowing wand-like in a shaft of light that pierced through to the depths of forgotten Dingle in a Shropshire woodland, I caught

In the hedgerow now take a close Look! A Druids TaleNine hazel trees grew around a sacred pool, dropping nuts into the 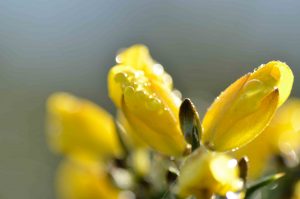